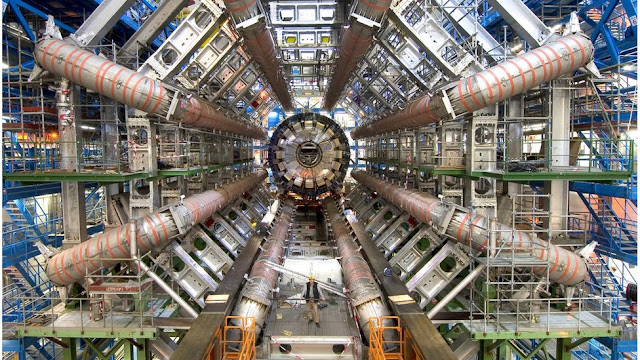 LHC’s Large Hadron Collider May Discover Extra Dimensions
The LHCb experiment at CERN looked for signs of b decays in data from proton-proton smashups at energies of 7 and 8 tera-electron volts to confirm the existence of these short-lived b particles. They focus in particular on decays into a neutral 0b and a pion (), which are negatively charged particles. They discovered a signal for two particles corresponding to ′b and b having masses of 5935 and 5955 megaelectron volts.

The results are unexpected since several models predicted that the b′ was not big enough to decay down this path and because a hunt at another CERN experiment failed to produce the same disintegration of a directly related particle b′. Theorists will be able to advance their models, particularly those that predict the mass of extra quark-based particles, thanks to the new, incredibly accurate mass data.