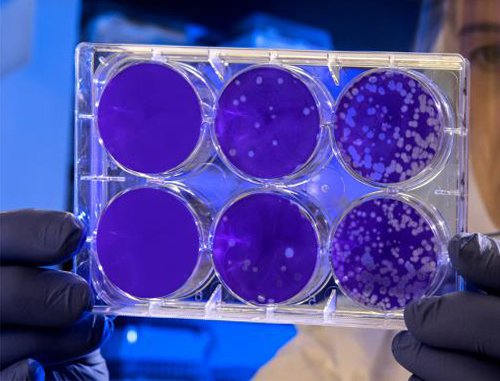 For the first time, researchers have demonstrated that viruses may live and continue to be contagious by attaching themselves to freshwater plastics, which raises questions about the possible effects on human health.

It has been discovered that the diarrhoea- and stomach-unsettling virus rotavirus may persist for up to three days in lake water by adhering to the surfaces of the microscopic plastic debris beads known as microplastics.

The University of Stirling-led study is the first of its kind to investigate the problem using water from the natural environment; other studies had only looked at how such viruses propagate in sterile hospital settings.

The new discoveries are a part of the larger Plastic Vectors project, which is financed by NERC and has a total budget of £1.85 million. Its goal is to better understand how plastics in the environment might help spread germs and viruses and what effects that may have on human health.

The University of Stirling’s Professor Richard Quilliam, the project’s principal investigator, said: “We discovered that viruses may adhere to microplastics, allowing them to stay in the water for three days, potentially longer.

“Even when a wastewater treatment facility does all possible to remove sewage debris, the water that is released still contains microplastics, which are subsequently carried downstream by rivers, into estuaries, and eventually wash up on beaches. We weren’t sure how well viruses might endure by “hitch-hiking” on environmental plastic, but they do, and they continue to be contagious.

“Microplastics are so little that they may be swallowed by someone swimming, and occasionally they wash up on the beach as nurdles, which are pellets the size of lentils and brightly colored, which kids might pick up and put in their mouths. You only need a few virus particles to become ill.

And their environmental endurance is boosted if the viruses later escape from the plastic into the water or sand.

Professor Quilliam stated that viruses “may also adhere to natural surfaces in the environment.” “Plastic pollution, however, lasts much longer than those materials.

“Since we only tested for three days, this research is very much a proof-of-concept for performing future research into how long infections may live by adhering to microplastics and what happens to them after that.”

The paper ‘Binding, recovery, and infectiousness of enveloped and non-enveloped viruses associated with plastic pollution in surface water’ is published in the journal Environmental Pollution.