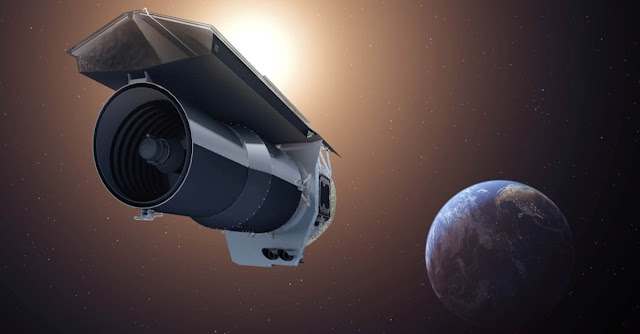 According to a group of academics, current quantum computing technologies might be used to create gigantic telescope arrays the size of whole planets.

The team led by Zixin Huang at Macquarie University in Australia argues in a yet-to-be-peer reviewed paper spotted by New Scientist that these theoretical observatories could allow us to peer even further into deep space and resolve faraway targets in much higher resolution, something that could “revolutionize astronomical imaging.”

Their suggested interferometer — in the realm of astronomy, that means an array of individual telescopes that combine to form a single telescope with a considerably wider diameter — uses quantum communication techniques to overcome “physical restrictions such as loss and noise.”

Each photon arriving at the telescope array might be analyzed one at a time and saved into a specific quantum memory storage device, according to the notion.

The separate telescopes could communicate information with each other instantly because the data from these photons would be quantum entangled – a phenomena in the quantum realm that permits two or more particles to join up while being far away, sharing a unified quantum state.

The final image created by this process may still have mistakes and defects, which is where self-correcting quantum computers come into play.

Quantum computers, unlike conventional computers, could hypothetically repair their own flaws without needing to do any numerical simulations, according to earlier studies.

Needless to say, a planet-sized quantum telescope is now nothing more than a fascinating concept, a hint at what quantum computers could be capable of in the future.
“There are many more problems for a planet-sized device to overcome, but this is a promising beginning step,” Huang told New Scientist.