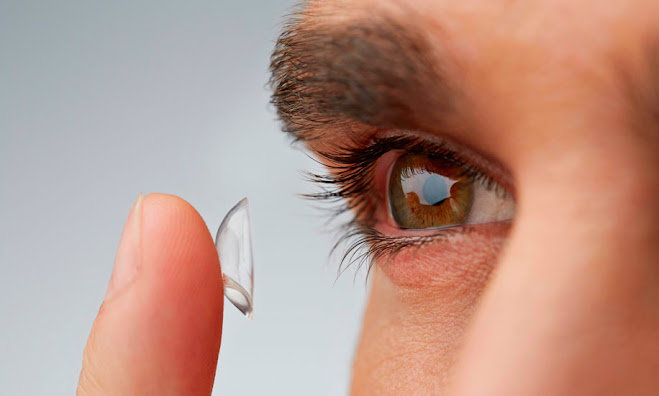 Glaucoma, the world’s second largest cause of blindness, might be treated using a flexible contact lens that monitors eye pressure and dispenses a medicine on demand.

The little wireless gadget, which was created by a group of Chinese researchers and has so far been tested in pig and rabbit eyes, appears to detect and control increasing eye pressure, which is one of the most common causes of glaucoma.

Glaucoma refers to a series of eye illnesses in which damage to the optic nerve, which transmits visual information to the brain, results in irreversible vision loss and blindness in millions of people worldwide.

The development of a gadget capable of sensing changes in ocular pressure and administering therapeutic medications as needed is where this new research makes progress.

Recent efforts to create smart contact lenses as wearable devices for treating eye problems have focused on either sensing pressure changes in the eye or administering a medicine – but not both – and glaucoma treatment often includes eye drops, laser therapy, or surgery to lower eye pressure.

While this sounds great, keep in mind that early identification and treatment of glaucoma remain critical.

“Once detected, therapy for glaucoma can arrest or slow its deterioration in the majority of cases,”  Jaimie Steinmetz, a research scientist at the Washington-based Institute for Health Metrics and Evaluation, and collaborators wrote in 2020 when analyzing the global burden of eye diseases, including glaucoma.

However, glaucoma is notoriously difficult to detect since peripheral vision is the first to lose, and diagnostic instruments only offer snapshot measures of intraocular pressure, which varies with activity and sleep-wake cycles.

“Hence the importance of improving systems of surveillance, highlighting risk among family members of cases, and effectiveness of care once treatment is initiated,” Steinmetz and co-authors add.

That said, contact lenses which sit snug against the eye hold great appeal for delivering therapies for eye conditions. However, combining electrical circuits and sensors into tiny, flexible, curved, and ultra-thin contact lenses is a difficult technical task.

Something like this would have to be sensitive enough to detect pressure changes and deliver exact doses of medicine on demand — all without obstructing vision or irritating the eye.

“It is highly challenging to install an intricate theranostic system composited by multi-modules on a contact lens,” electrical engineer Cheng Yang of Sun Yat-Sen University and colleagues write in their work.

However, it appears that Yang and colleagues have achieved headway, at least in terms of creating a prototype lens with many sensors integrated to prevent eye discomfort and a distinctive laser-cut snowflake shape.

It was created to treat acute angle-closure glaucoma, a less frequent kind of glaucoma caused by a rapid or gradual increase in fluid pressure inside the eye.

According to the researchers, the double-layered lens is coated with brimonidine, an anti-glaucoma medication, and sandwiched between two ultra-thin air films.When the air pocket is compressed by outward pressure from the eye, this air film hooks onto a cantilevered electrical circuit that detects changes in intraocular pressure.

When eye pressure rises to dangerous levels, the wireless system releases brimonidine, which flows from the underside of the lens through the cornea and into the eye, propelled by an electrical current.

“The double-layer lens design enabled a compact structure to accommodate multiple electronic modulus positioned in the rim region of the contact lens,” Yang and colleagues wrote, implying that it should not impair wearers’ vision.

However, because the lens has only been tested on pig eyes and live rabbits thus far, further study is needed before it can be used in human clinical trials.

But for now, the researchers have claimed that their device can detect intralocular pressure changes, deliver anti-glaucoma medications through iontophoresis, and “rapidly reduce” eye pressure as intended.

In these studies, rabbit ocular pressure stayed low and did not recover like it did when brimonidine eye drops were used as a control, therefore it appears to be promising.

Yang and colleagues write, “This smart system provides promising methodologies that could be expanded to other ophthalmic diseases.”

Furthermore, the researchers claim that their fabrication methods are compatible with the large-scale and cost-effective manufacturing procedures now used to build computer circuit boards, implying that, as ugly as this gadget may appear, it could be made rather quickly.

But of course, we’ll have to keep a close eye on what any future research eventually shows.