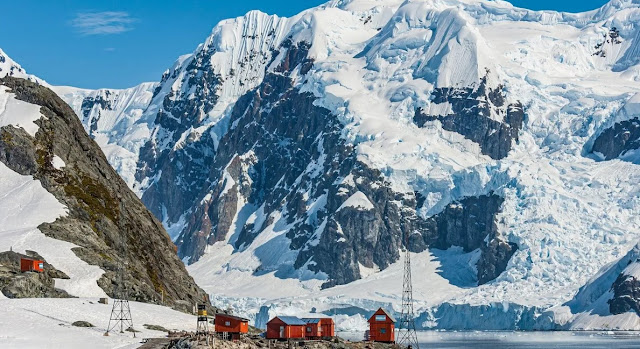 Up to -22 degrees Fahrenheit, the Starlink dish can survive severe temperatures.

With the addition of Antarctica, one of the world’s most isolated locations, Starlink internet service is now accessible from all seven continents.

Starlink is now on all seven continents! In such a remote location like Antarctica, this capability is enabled by Starlink’s space laser network https://t.co/c9HX0xrX0u

The U.S. Antarctic Program’s scientists were “over the moon” to reach the milestone, according to a tweet from the National Science Foundation, which also noted that McMurdo Station, a U.S. research facility located on an island just off the coast of Antarctica, had been testing out a Starlink dish to provide more internet bandwidth.

The aerospace business responded by tweeting, “Starlink is now on all seven continents,” and adding that the ability is “provided by Starlink’s space laser network,” which allows for fast communications between far-off satellites.
In Antarctica, faster broadband speeds are now available.

People in isolated and rural regions will now have access to better internet speeds thanks to SpaceX’s Starlink, which has always aspired to provide high-speed, low-latency internet to customers worldwide.
SpaceX received permission from the Federal Communications Commission in 2021 to launch 2,824 satellites in a lower orbit in order to offer high-speed broadband internet services to individuals who don’t have access to them. The ruling, which was made last month, was affirmed by a U.S. appellate court on Friday.
The research center, which houses more than 1,000 employees, previously relied on satellite internet from other providers, and the broadband quality had to be shared over a 17Mbps connection for the whole facility, according to PC Magazine. This is their most recent achievement.
Due to the Starlink satellites’ “lower orbits,” they can now provide substantially quicker broadband. Business clients will be able to access download speeds of 100 to 350Mbps using a high-performance dish that can resist temperatures as low as -22 degrees Fahrenheit, while residential users will only have access to download rates of 50 to 200 Mbps.

According to Peter Neff, a glaciologist and assistant research professor at the University of Minnesota, high-speed internet might “transform the basic experience of living in Antarctica.”
Ground stations are not required for the space laser network.

SpaceX has already experimented with isolated areas.
SpaceX sent 46 Starlink satellites into orbit in July with the intention of making them accessible to users by 2023. These satellites will provide coverage for Alaska, northern Canada, Greenland, and the Nordic nations.

51 refurbished relay stations were launched into polar orbit by SpaceX last year from the Californian space base Vandenberg. Typically, Starlink satellites rely on base stations on the planet’s surface to get internet data. However, it was the project’s maiden flight utilizing “new internet beacons using satellite-to-satellite laser communications connections to save time spent relaying data through ground stations,” according to CBS News, to an orbit near the Earth’s poles.
According to data compiled by astronomer Jonathan McDowell, SpaceX has now launched 61 Starlink rockets and more than 3,200 Starlink satellites into low Earth orbit.

According to SpaceX founder Elon Musk, the company will begin launching Starlink Version 2 satellites the following year that will be able to beam service directly to cellphones. Musk and Mike Sievert, the president and CEO of T-Mobile, unveiled Coverage Above and Beyond last month with the goal of giving T-Mobile customers smartphone connection almost anywhere.
Starship, the enormous rocket-spaceship combination that SpaceX is preparing to send people and goods to the Moon and Mars, will be used to launch these next-generation satellites. Starship will be supported by earnings from the broadband constellation.