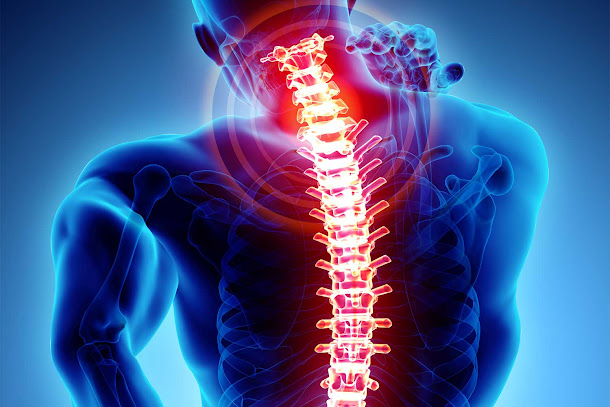 Despite decades of research, no reliable method for repairing the human spinal cord after an injury has been discovered. Now, Australian engineers are joining a worldwide effort to overcome this difficult problem.

Biomedical engineers in Australia are working on components for an injectable gel that could one day aid in the regeneration of nerve fibers in the spine.

The soft gel material will be injected into traumatically injured individuals’ spinal cords in an attempt to repair the damage. Mend the Gap is a revolutionary method to spinal cord regeneration that brings together scientists, engineers, and physicians from around the world.

Professor Gordon Wallace, a biomedical engineer at the University of Wollongong, has been studying spinal cord regeneration for more than 20 years.

“It’s really quite complex,” he admitted. “As soon as the spinal cord is injured, it induces a whole range of biological responses, one of them being scarring. And once things start to scar, it becomes very difficult to heal them internally.”

The Australian Mend the Gap team is led by Wallace, who is now Director of the Australian Research Council Centre of Excellence for Electromaterials Science. He claims that standard methods of spine restoration require inserting a scaffold or a conduit into the deformity.

However, clinicians must implant the conduit at the appropriate moment and encourage neuron regrowth over the gap that emerges when the spine is damaged.

Nerve impulses cannot pass over this gap, which is usually a few centimetres broad. It can induce paralysis, as well as a loss of blood pressure, bladder and bowel control, sexual dysfunction, and persistent pain.

Physical scaffolds haven’t worked effectively for Wallace, despite years of trying. Instead, researchers at the University of British Columbia’s Mend the Gap initiative are betting on an injectable remedy.

The idea is that a carefully constructed biomaterial might operate as a bridge, allowing injured brain circuitry to mend and regenerate. The gel, which contains medications designed to remodel tissue and rejuvenate nerve fibres, will be administered using a vision-equipped surgical robot for increased precision.

“It does minimal additional damage in trying to address the repair,” Wallace said. “And then the structure within that scaffold is actually created after injection. So [we are] using a magnetic field to create an aligned structure within the material, which will help guide the growth of the neurons.”

Professor John Madden of the University of British Columbia, a major scientist in the Mend the Gap project, said a biomaterials bridge would be compatible with other body systems and structures.

“The soft gel that our team plans to use contains tiny magnetic rods that are aligned using an external magnet, creating guide rails that support the nerve fibres to grow in the right direction, eventually crossing the gap,” he explained.

Bioactive chemicals in the gel’s formulation can reduce scar formation in wounds, act as neuroprotectors, and stimulate neuroregeneration. However, these must be applied to the fault at a specific time.

That’s where the expertise of the University of Wollongong comes in. The scientists will modify the material structure to transport the molecules when needed, according to Wallace.

“The bioactive molecule depots that we will create will have materials arranged in such a way that the right molecules become available at the right point in time during the regeneration process.”

The technology will be built on polymers, with Wallace’s team adopting established methods such as 3D printing or fibre spinning to get the desired structures. The team will also bring biomaterial procurement, scale materials processing, formulations, sterilizing, and packaging expertise.

If successful, the study might give millions of people hope. According to a survey commissioned by SpinalCure Australia, there are 20,800 persons living in Australia with a spinal cord injury, with a third of them having no movement in the damaged areas.

According to the SpinalCure study, the overall lifetime cost of spinal cord injuries will be $75.4 billion in 2020, or $3.7 billion annually. It was calculated that $3.5 billion might be saved if a treatment improved muscle function in just 10% of persons with spinal cord injuries.

Mend the Gap, according to Wallace, is enabled by improvements in material science, drug delivery, and biological cell interactions. It’s a far cry from 20 years ago, when the materials he was dealing with just couldn’t handle the complexity of human spinal cord restoration.

“We’ve brought together advances from groups all over the world to chip in and have a real red-hot crack at trying to solve this very complex challenge,” he said.