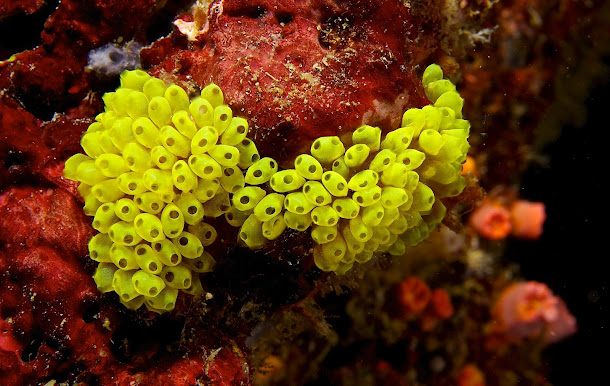 What’s in a head? A small portion of our ancestors’ tails, according to new research.
Animals without spines or brains were common in the early days of complex, multicellular life on Earth. Only a network of neurons covered their entire body. That system, however, got concentrated on one end over millions of years. But how?
Tunicates, sometimes known as ‘sea squirts’, are the closest surviving vertebrate relatives and lack a real head.
Instead, their central nervous system is built up of aggregates of neurons in the anterior and posterior regions of their bodies, connected by a dorsal strand. These animals have no discernible head or tail as adults and resemble stagnant sponge-like lumps. Their cerebrum is easy to see because they are tadpole-like larvae.
“Tunicates are like an evolutionary prototype for vertebrates,”says Ute Rothbächer, a zoologist at the University of Innsbruck in Austria. “Our common ancestor was probably very similar to a tunicate larva.”
This is a contentious field of research, as not all evolutionary experts agree. However, Rothbächer and his colleagues recently discovered evidence to back up their claims.
Hmx genes, which code for a pair of neurons in a tunicate tadpole’s tail, are related to genes that code for clumps of neurons in a lamprey’s skull, according to their research.

Lampreys are known as “living fossils” because their species has remained relatively unchanged for so long. These saltwater animals resemble eels and are among the first vertebrates.

The transition from tunicate to lamprey life was a long one, but the Hmx gene appears to have survived. It has a slightly different effect in vertebrates.
Researchers discovered that splicing the Hmx genes of a lamprey into a tunicate species named Ciona intestinalis helped stimulate the production of bipolar tail neurons.
However, in lampreys, the same genes were involved in the expression of sensory neurons in the skull.
The similar function of Hmx genes in lampreys and tunicates shows they have a shared evolutionary origin and may have played a role in the centralization of the nervous system, despite the fact that they affect nerves in different areas of the body.
“Hmx has been shown to be a central gene that has been conserved across evolution,” explains University of Innsbruck zoologist Alessandro Pennati.
“It has retained its original function and structure and was probably found in this form in the common ancestor of vertebrates and tunicates.”
The findings show that vertebrate brains were once recycled from their ancestors’ machinery millions of years ago. And now, here we are.

What’s in a head? A small portion of our ancestors’ tails, according to new research. Animals without spines or brains…