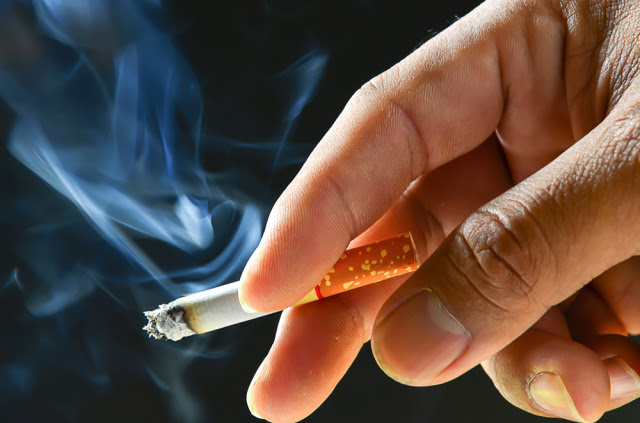 Tobacco products are the leading cause of lung cancer death in the United States, accounting for up to 90% of all lung cancer fatalities.

Without a question, the safest strategy to avoid lung cancer is to quit smoking cigarettes; nevertheless, not all lifetime smokers are condemned to get cancer.

The great majority, in reality, do not. Scientists have long pondered why this is, and a recent research backs up the theory that genetics plays a role.

Researchers discovered an innate advantage among smokers who never acquire lung cancer. It appears that the cells that lining their lungs are less prone to mutate over time.

The findings imply that certain people’s DNA repair genes are more active, which might protect them against cancer even if they smoke cigarettes on a regular basis.

Surface cells from the individuals’ lungs were sequenced individually to determine the number of mutations in their genomes.

“These lung cells may live for years, even decades, and hence can acquire mutations with age and smoking,” says Albert Einstein College of Medicine epidemiologist and pulmonologist Simon Spivack.

“Of all the cell types in the lungs, these are the ones that are most prone to turn malignant.”

The data “unambiguously reveal” that mutations in the human lung grow with natural age, and that DNA damage is considerably more substantial in smokers, according to the scientists.

Tobacco smoke has long been linked to lung DNA damage, but a new study discovered that not all smokers are in the same boat.

While the number of cigarettes smoked was connected to an increase in cell mutation rates, this risk plateaued after around 23 years of smoking a pack a day.

According to Spivack, “the heaviest smokers did not have the largest mutation load.”

“Our findings show that these people survived so long despite their extensive smoking because they were able to prevent additional mutation accumulation. This slowing of mutations might be due to these individuals’ well developed systems for mending DNA damage and detoxifying cigarette smoke.”

The findings may explain why 80 to 90% of lifetime smokers do not get lung cancer. It might also explain why some people who have never smoked acquire malignancies.

While hazardous cigarette smoke appears to cause additional cell mutations in the lungs, how efficiently the body can repair or minimize DNA damage determines whether these mutations evolve into cancers.

DNA repair genes can be inherited or acquired, and the silence of repair genes has been linked to tumor formation in earlier studies.

Genes aren’t the only thing that influences a person’s likelihood of developing cancer. Dietary variables, for example, can change substances in the body that drive tumor formation.

What makes a person’s body better at mending DNA is still a mystery, and it’s likely complicated, but the latest findings imply that this process is linked to the development of lung cancer.