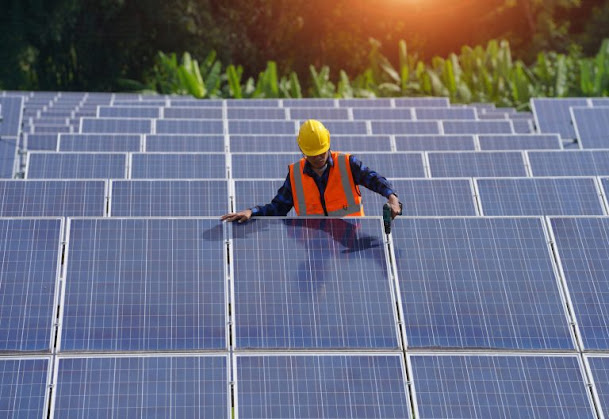 Renewable energy is being adopted at a faster rate than anyone anticipated. With that shift speeding up, one obvious issue arises: what about energy storage?
Engineers Australia advises the government to increase government support for consumers and businesses purchasing energy-efficient goods. This necessitates well-thought-out policies to more effectively incentivize and inform investment in such technologies.
Increased demand for energy efficient products and renewable energy production will continue to drive real scale for renewables by bolstering existing laws and programs. What about energy storage, on the other hand? Due to stability difficulties, a grid that is primarily renewable cannot function without storage. By coping with intermittent supply, frequency shifts, voltage support, supply and demand fluctuations, and other factors, storage can help improve grid stability.
“The ongoing question for energy regulators and the Federal government is around balancing transmission with dispatchable capacity,” said Engineers Australia Senior Policy Advisor Grant Watt.
“Transmission allows us to move energy around in a flexible, reliable way. If we’ve got good transmission then we’re networked across the country. When the sun’s not shining or the wind’s not blowing in one place, somewhere else can provide that energy.”
However, he explained that this must be balanced by dispatchable capacity, which is primarily pumped hydro for medium to long-term storage.
“When you’re talking medium to long term, pumped hydro is the most obvious solution. There’s no doubt there will be others — we could have concentrated solar. People talk about underground storage of hydrogen. There’s biofuels, gravity and more. But at the moment, the solutions are predominantly around batteries and hydro.”
Is it possible? Can we have 100% renewable energy at a reasonable price and a reliable centralised grid? Watt stated, “We surely can.” The answers are already available. It won’t be easy, though. It necessitates the perfect alignment of policy and technology.
“That’s why I call it a balancing act,” Watt added. “There’s no silver bullet. It’s complex and it’s fast moving. Anyone who tells you it’s all easy, I’m not buying that. We’re going to need a geographically diverse mix of technologies. If we can use existing infrastructure for pumped hydro as a synchronous power source, that’s also an advantage.”
Professor Andrew Blakers of the Australian National University Research School of Engineering led a study in 2017 that identified 22,000 possible pumped hydro energy storage locations around Australia. These included abandoned mines and other locations that did not require the damming of a river.
The installations had a combined storage capacity of 67,000 GWh, much beyond what is needed for a zero-emissions grid.
“Australia needs only a tiny fraction of these sites for pumped hydro storage, about 450 GWh of storage, to support a 100 per cent renewable electricity system,” Blakers stated.
“We found so many good potential sites that only the best 0.1 per cent will be needed. We can afford to be choosy.”

According to Steve Wilson MIEAust, a Technical Director in Aurecon’s Energy business, the most difficult challenge facing the integration of more renewables into the network is “system strength.”
“System strength is about voltage waveform stability,” Wilson explained. “When you have too many renewables that are inverter based and that go into a weak part of a network, it can introduce instability. Their control systems hunt each other. So there are limits to how much solar can go into a renewable energy zone if it’s in a weaker part of the grid.”
The Australian Energy Market Operator (AEMO) and other network service providers have been concentrating on the issue of system strength. Wilson explained that the objective is to attack the problem from various perspectives, including policy. Policy gives people the confidence to invest, construct infrastructure, and establish rules and regulations.
The AEMC’s new system strength criterion, combined with the AEMO’s periodic Integrated System Plans, will provide a framework.
“That plan underpins development,” Wilson stated. “Then the network service providers have an obligation to provide system strength to certain parts of the network. This is where the opportunities for batteries and other technologies come in.”
From a solar standpoint, there will be system strength requirements that the new solar plants must meet, he noted.
These rules will also apply to consumption, ensuring that no plant consumes more than its fair share.
New solar or wind farms will have systems in place to address any remaining system strength issues locally, which could include battery technology. Alternatively, they might pay for the network to handle such difficulties.
“The way batteries come into it is around grid-forming inverters,” he explained. “The resulting grid-forming battery systems have the potential to provide system strength and inertia to the network in a way that supports renewables.”
Advanced battery systems
When the Hornsdale Big Battery proved to be a huge success, as detailed in the Aurecon study Hornsdale Power Reserve Impact Study, batteries became a hot topic in the energy world.
“When it was originally put in as 100MW, the initial functionality was to store energy as the wind blew and dispatch that energy when it didn’t. At the same time, the envisaged capability of system security services under a contract with the South Australian Government, including frequency control and support for South Australia’s interconnector with Victoria to help manage the event of its unexpected loss, was being configured, tested and brought online,”stated Conan Jones, engineer and Business Development Manager with FIMER Australia.
“That was a milestone, a peg in the ground in terms of proving what battery technology could do, and be scaled up to achieve.”
Battery inverters have come a long way since then, and are now capable of allowing batteries to fulfill a variety of critical jobs within a network.
Intelligent programs shape the power drawn from batteries by controlling and configuring it, as well as chopping and changing it as needed.
“If it’s frequency support, the inverter can increase or decrease the frequency,” Jones explained. “If it’s voltage support, it can push more and it can absorb or dispatch what is known as reactive power. There are a whole lot of things the technology can do.”
Inertia, system restart, and system strength are three fundamental functions grid-forming inverters can perform that grid-following inverters cannot.
“System restart is a black start, required in the rare and unfortunate event that a region goes black, as happened in South Australia in 2016,” Wilson said.
“In that case you need resources on the network that can actually restart by themselves, to re-energise other parts of the network and get everything restarted.”
Jones remarked that the original Hornsdale 100MW battery, which was previously regarded a giant, is now deemed average. The capacity of new mega-batteries has increased to 300MW.
“Traditional power stations generate in the gigawatts,” Jones added. “But they tend to do that by using multiple units. Coal-fired power stations are built using 300MW or 600MW units to add up to perhaps 1.2GW of total capacity. Battery storage is getting to the fringes of that unit size.”

It’s happening faster than anyone expected

According to Professor Alistair Sproul, Head of School of the School of Photovoltaic and Renewable Energy Engineering at UNSW Sydney, the price of the fuel that we buy to enable the running of our car engines fluctuates wildly due to various global challenges such as COVID, Russia and Ukraine, supply chain issues, and more.
These obstacles are accelerating Australia’s shift to renewable energy at an unprecedented rate.
“The renewable energy transition is happening very quickly, probably more quickly than most people anticipated,” Sproul stated.
More gas plants should not be built, especially if they lack the ability to incorporate carbon capture and storage technology to reduce emissions.
“We simply mustn’t build more gas plants unless it’s absolutely necessary. With oil and gas under pressure and such fluctuations in the price of fossil fuels, do we want to deal with potential global catastrophe? Or do we want variable wind and solar and some storage?”
“The short answer is pumped hydro and batteries. We used to think gas turbines on standby should be fired up quickly to stabilise the grid, pumping more power in. But by the time those old units switch on, as we have seen with the Hornsdale system, batteries have already dealt with any issues.”
Data on Australia’s past energy performance and consumption levels reveal that policy changes have a significant impact on energy output and consumption.
“The long term trend is clear,” adds Sproul. “Coal and gas are declining, solar and wind are growing at about 30 per cent per annum and energy efficiency has kept demand pretty constant – unprecedented before 2008. The transition to 100 per cent renewable energy is happening apace.”
As a result, the appropriate combination of technology and regulation will be critical to the success of the energy market. The transformation is already being driven by technology. That shift will be made easier with the appropriate policy.