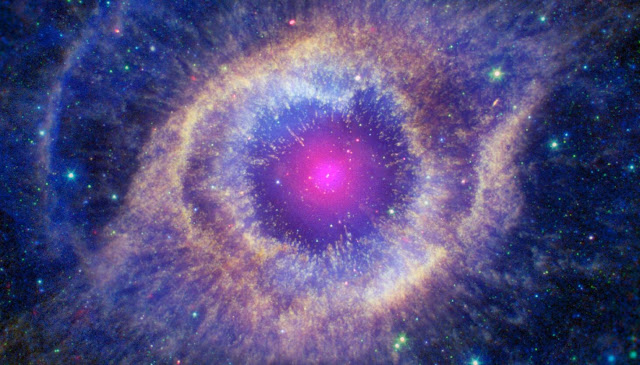 According to Sir Roger Penrose, there will be other Big Bangs in the future. Sir Roger Penrose, an Oxford-based mathematician and physicist who recently won the Nobel Prize in physics, claims that our universe has undergone multiple Big Bangs and that there is still another one coming.
Version 2.0 of the earlier article.
Albert Einstein’s general theory of relativity was proved and expanded by Penrose’s mathematical methods, and he also received the Nobel Prize in Physics for his research on black holes, which showed how objects that become too dense are gravitationally collapsed into singularities, or points of infinite mass.

Penrose reiterated his confidence in “a crazy notion of mine” that the cosmos would continue to grow until all matter decays as he accepted the Prize. Then, a new universe will be created by a second Big Bang.

In an interview with The Telegraph, Penrose asserted that “the Big Bang was not the beginning.” We shall have something in the future because something existed before the Big Bang. What evidence does the scientist have to support this alternative to the Big Bang hypothesis, which he calls “conformal cyclic cosmology” (CCC)?
He claimed to have located six “warm” sky regions, each around eight times the size of the Moon (called “Hawking Points”). They are named after Professor Stephen Hawking, who proposed the idea that black holes “leak” radiation before dissipating. Finding such holes is highly unlikely because it may take more time than the 13.77 billion years that our universe has existed.
Hawking collaborator Penrose (89) thinks we can observe “dead” black holes left by earlier universes or “aeons.” If verified to be accurate, this would support Hawking’s ideas.
The physicist found “anomalous circular patches” in the CMB that had high temperatures in his 2020 study, which was published in the Monthly Notices of the Royal Astronomical Society. The spots were found using information from the Planck 70 GHz satellite, and up to 10,000 simulations were used to establish their existence. In his article from 2018, Penrose discovered radiation hot spots in the CMB that could be brought on by black holes that are evaporating.

In a 2010 paper, Penrose and Vahe Gurzadyan of the Yerevan Physics Institute in Armenia found evidence in favor of cyclic cosmology in the uniform temperature rings of the CMB. At the time, the scientists suggested that the rings were created by gravitational wave traces left behind by merging black holes in an earlier universe.

Cosmologists disagree on these points of view, with some citing the difficulties of going from an infinitely huge universe in one eon to a super-small one in the next. This would indicate that all particles lose mass as the universe gets older.

Here is Penrose’s most recent article, “Apparent evidence for Hawking points in the CMB Sky.”

For still another intriguing notion, look at Penrose’s theories regarding the quantum-level beginnings of human awareness.