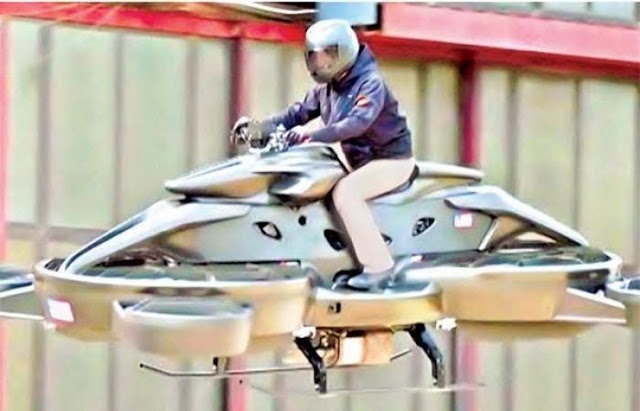 One of our early life accomplishments is mastering the art of bicycling. How about taking up bike flying instead?
At the Detroit Auto Show on Thursday, the world’s first flying bike was shown, suggesting that one day soon we may choose to ride it instead of driving.
The XTURISMO hoverbike has a 40-minute flight time and a top speed of 100 km/h.

One of the first people to take a test drive was Thad Szott, co-chair of the Motor City car show.

“Really, it’s amazing! You naturally feel some trepidation, but I was simply so excited. It truly gave me shivers and made me feel like a child “said he.
Szott believes that the XTURISMO has a bright future.
“I believe we should begin by delivering products and services, perhaps using drones. If you go from airport to airport, it is prepared for today’s world. But I’m eager to find out when we may visit different neighborhoods. Let’s resolve this now “said he. AERWINS Technologies, the Japanese start-up that created the flying motorbike, originally produced drones and unmanned aerial vehicles.